The Utermohlen name appears in three main versions in Germany:

Whether all of these families are related is under investigation.  Male Utermohlens are encouraged to participate in the Y chromosome study at Family Tree DNA.

In the United States, further spelling differences have been introduced. Some families have continued the German spelling with the umlaut rendered as "oe" instead of "ö." Others have just used "o" or "e" and dispensed with any umlaut equivalent. Other families, usually after an initial period of varying spellings, have settled on their own version, such as "Uttermohlen" (West Virginia) or "Utermahlen" (Michigan).

Further information in both English and German (Deutsch) is also available at :

An Utermöhlen coat of arms from Lübeck is shown above.

Coat of arms: a golden mill wheel on blue surface.
The arms were on a window of a chapel of the DOM church, next to the entry at the northern tower. 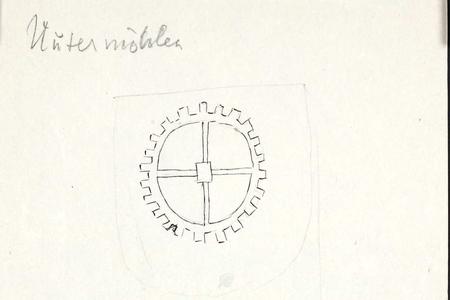 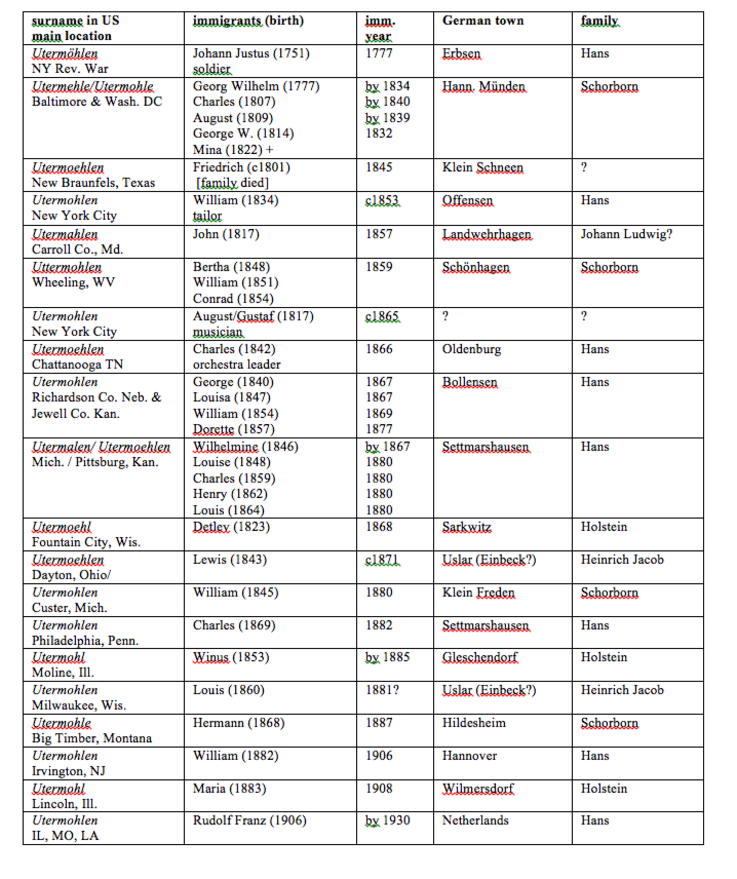