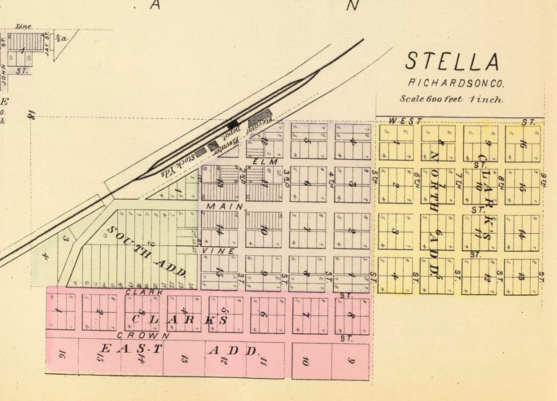 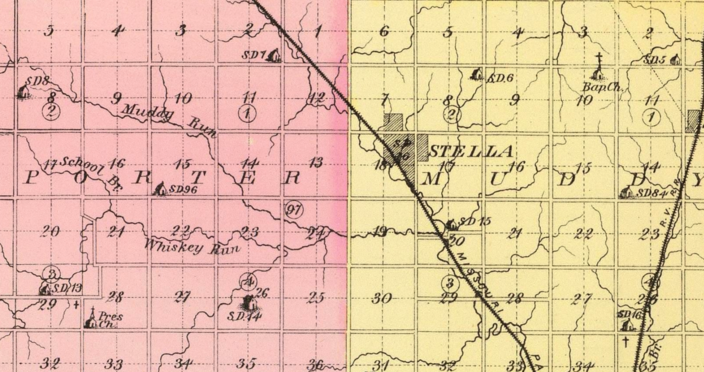 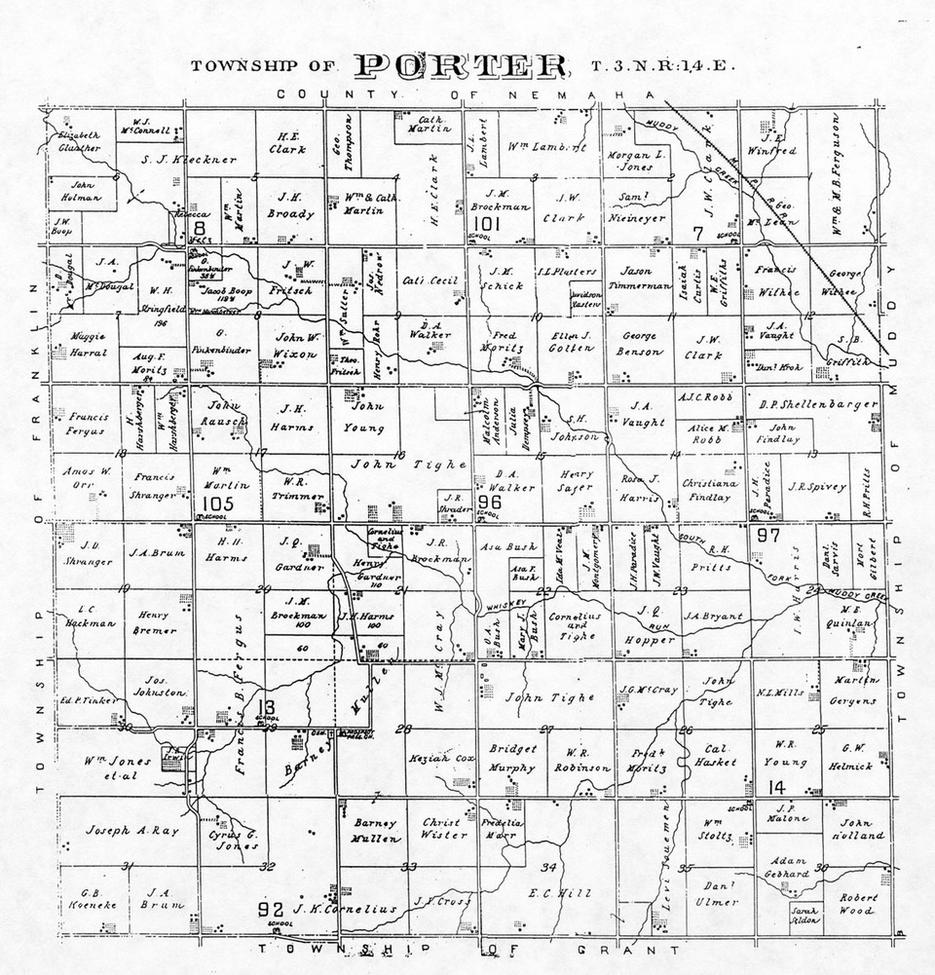 A pdf copy of the April 1, 1901 Souvenir Edition of the Stella Press is available here.

And an index of the sketch subjects--who are not presented in alphabetical order--is available below.

Stella is a town in northwestern Richardson County, Nebraska. William and Eva (Carsh) Utermohlen lived on a farm several miles south of Stella from 1928 to 1945. While living on that farm they did their shopping and got their mail in Verdon, attended church in Stella, and sent their children to school either at country schools or at Dawson. In 1945, they moved to a farm much closer to Stella and remained part of that community until their move to Pawnee County in 1953. William and Eva are buried in the Stella Cemetery, along with their two children that died at birth: Harry (1926) and Virginia Ann (1934).

While farmers settled in the area as early as 1857, the existence of Stella as a town was sparked by extension of the Missouri Pacific railroad to that point in 1881. By 1890 it had about 400 inhabitants. The population peaked at 500 in 1900 and began a gradual decline from that date. It was still a town of 400 people in 1940, but the decline accelerated in the 40s and the present population is about 150.

At the peak of Stella's growth, on April 1, 1901, the Stella Press issued a 56-page souvenir edition, a copy of which can be found at the link above. This publication included a few pages on the history and institutions of the town, followed by over 200 household sketches for Stella and the surrounding area. These sketches give details on eacb family, usually including where they lived prior to coming to Stella. As such, they are valuable sources to all those with early roots in Stella. Thanks are due to J. W. Cheney, the proprietor, and especially his wife, Mildred J. Cheney, who managed and operated the paper at the time.

Many of the subjects of the sketches are shown on the landowner maps for Muddy and Porter precincts published as part of James Everts' 1896 Plat Book of Richardson County, Nebraska. see also the Richardson County map and Stella plat immediately below, prepared by the county surveyor in August 1884. 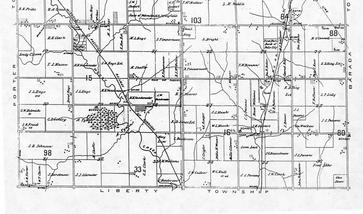 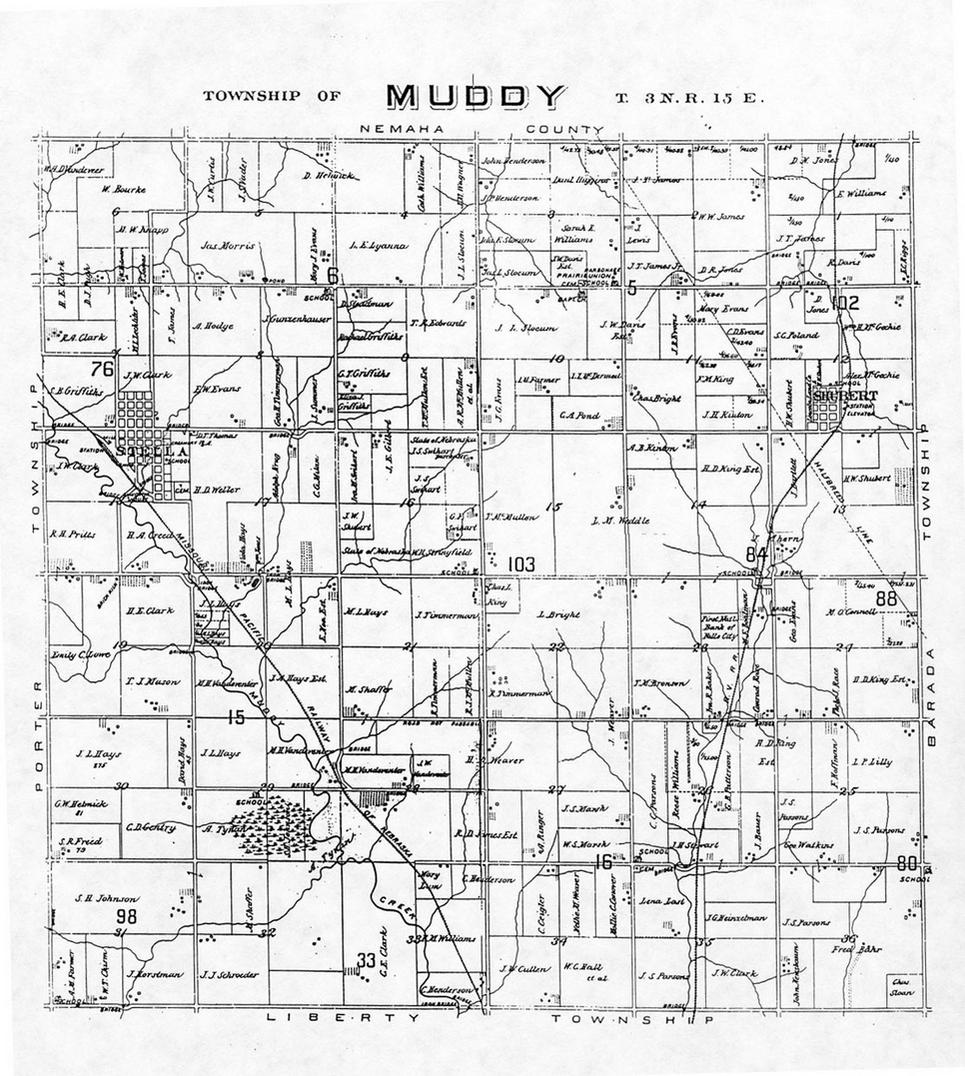